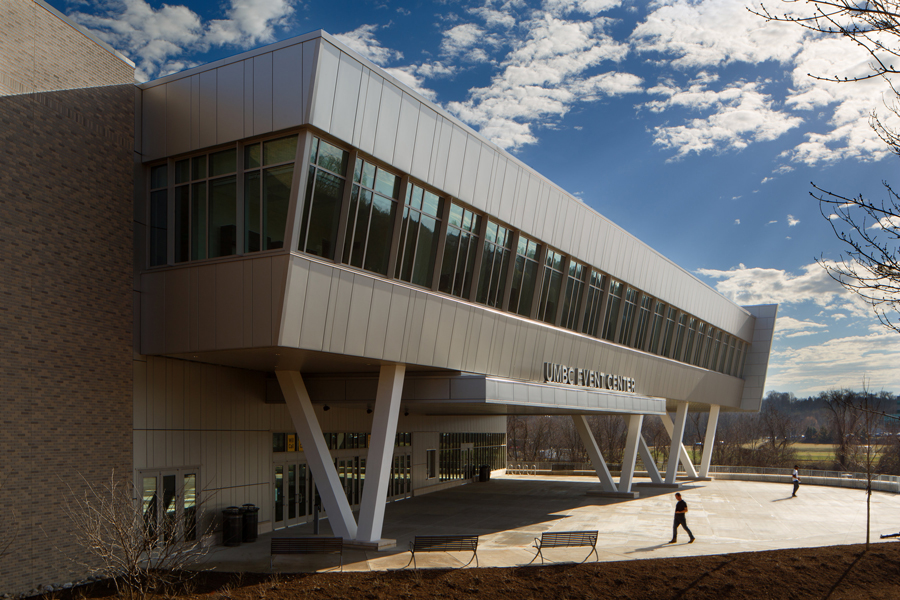 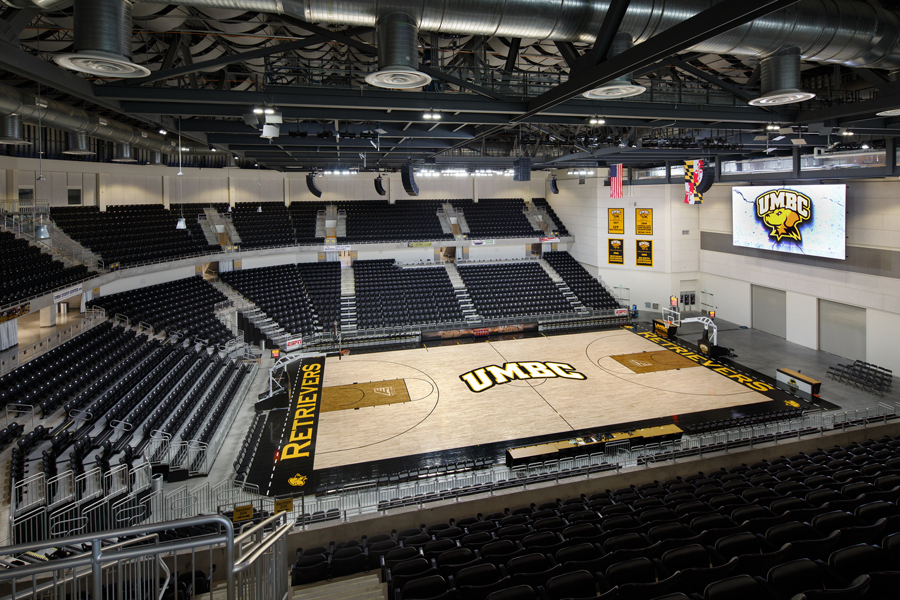 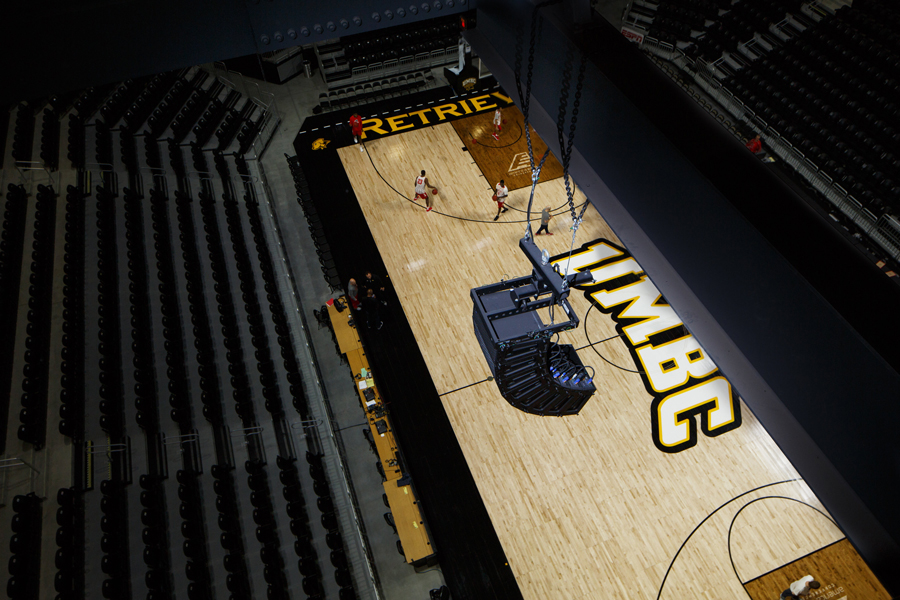 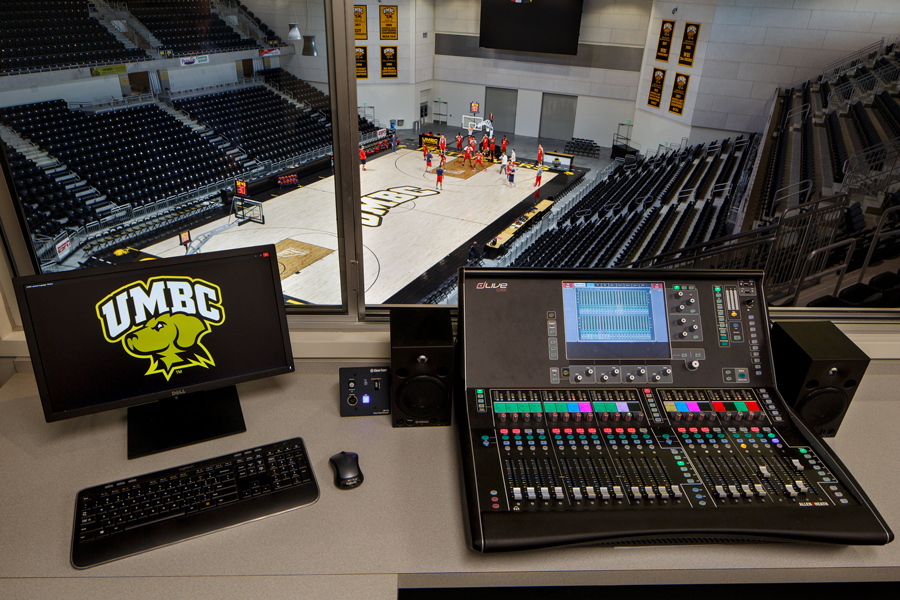 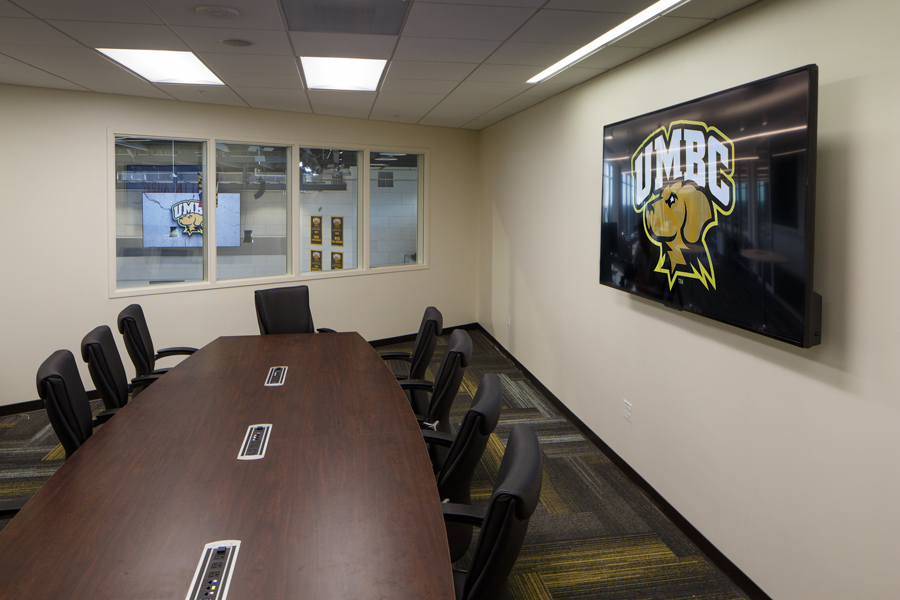 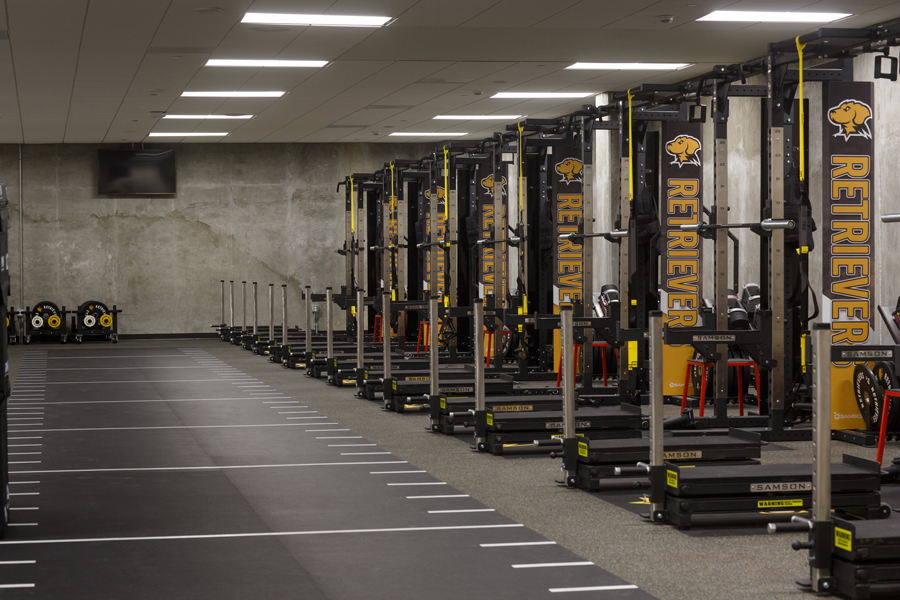 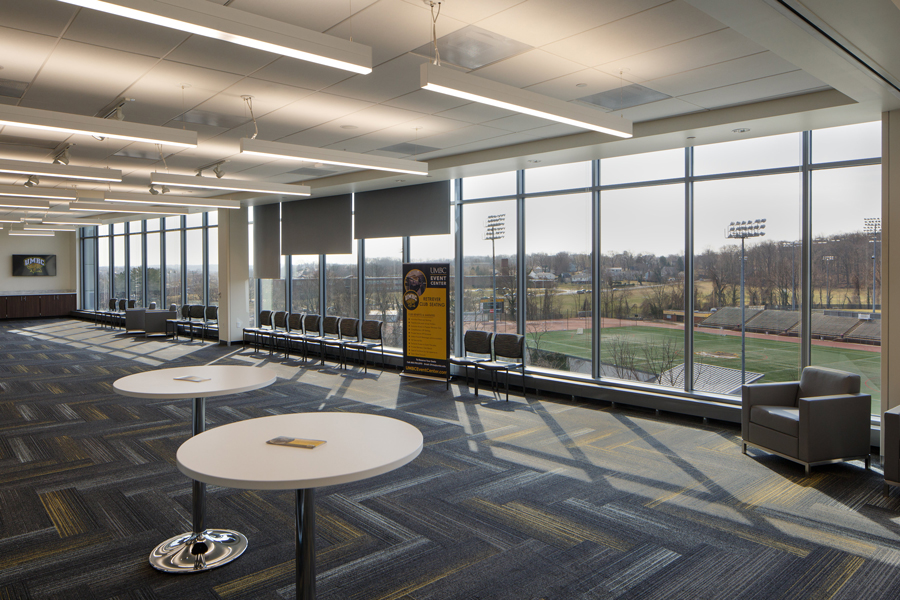 University of Maryland Baltimore County (UMBC) made a bold statement with their newly constructed 172,000 square foot multi-purpose facility. Home to Retriever Athletics, the Event Center rivals any other NCAA Division I facility in the nation and will aid in the University’s recruitment efforts.

The Arena is the heart of the event center and was designed with flexibility in mind. The space will transition from NCAA sporting events to major concerts and other community events. The arena seats approximately 5,000 in the bowl and approximately 1,000 on the floor.

The Event Center is outfitted with a CATV system, a sophisticated production intercom system, and a comprehensive broadcast cabling system which is designed to support both in-house productions and live event broadcasting.

The AV package was filled with technological complexity, giving DI the opportunity to showcase our technical expertise and ability to integrate a quality system under an aggressive timeline. Starting three months behind schedule, our team continuously had to think creatively as we worked concurrently with other trades.

The elaborate athletic facility opened right on time and has been bustling with events ever since. Experience the grandeur for yourself by attending one of UMBC’s upcoming concerts!